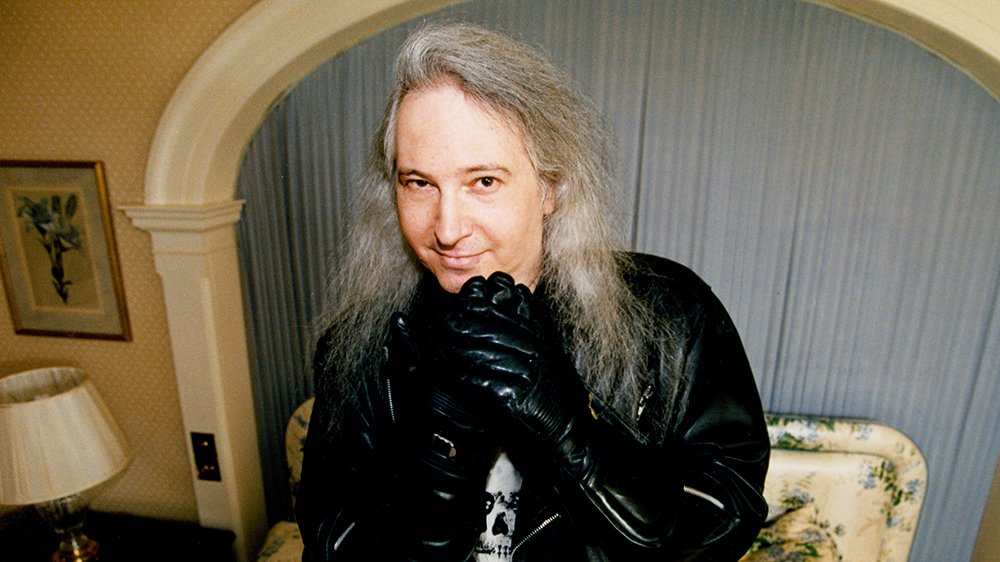 UK/IT Version – Jim Steinman was born Nov. 1, 1947, in New York City, but he found his calling while studying at Amherst College in Massachusetts. There, he became involved in musical theater, writing music and lyrics for his 1969 production The Dream Engine, which led to work with Joseph Papp, founder of the New York Shakespeare Festival. His career expanded the following decade. His song “Happy Ending” appeared on Yvonne Elliman’s 1973 album, Food of Love; that same year, he wrote music and lyrics for the musical More Than You Deserve, which costarred his future collaborator Marvin Lee Aday, performing under the stage name Meat Loaf.

“[From] the minute he walked in, I was stunned,” Steinman recalled in 2003 of Meat Loaf’s audition. “I thought he was astonishing. He’s just one of those people who walks in and it’s the equivalent of an enormous cat pissing on the door. Just stakes territory immediately. Just charismatic and he wasn’t the character of Meat Loaf then, he was much more like this enormous inflated farm boy. He wore, like, overalls, he didn’t have that much experience singing rock ‘n’ roll specifically.”
That collaboration became pivotal: Steinman went on to write the entirety of Meat Loaf’s first album, 1977’s Bat Out of Hell, a collection of theatrical hard rock that earned comparisons to Bruce Springsteen. The LP peaked at No. 14 on the Billboard and hit No. 9 in the U.K., spawning FM staples like the title track, “You Took the Words Right Out of My Mouth (Hot Summer Night),” “Two Out of Three Ain’t Bad” and “Paradise by the Dashboard Light.”

Nearly every record label said Bat Out Of Hell would never work. Bat Out Of Hell conquered. It stayed in the Top 100 UK Album Chart for an astonishing 522 weeks and continues to sell 200,000+ copies yearly. It is recognized by the Guinness Book Of World Records.

Meat Loaf recorded Steinman songs on several albums, including three others fully or largely penned by the songwriter: 1981’s Dead Ringer, the chart-topping 1993 sequel Bat Out of Hell: Back Into Hell (featuring the hit “I’d Do Anything for Love [But I Won’t Do That]”) and 2016’s Braver Than We Are. Steinman also recorded one solo LP, 1981’s Bad for Good, which featured a Top 40 hit, “Rock and Roll Dreams Come Through.”

While Steinman also worked on musicals sporadically throughout his career, he continued to churn out hits as a songwriter — finding more ideal vehicles for his dramatic power ballads and rock epics. His writing catalog also includes Bonnie Tyler’s “Total Eclipse of the Heart” (1983), Air Supply’s “Making Love Out of Nothing at All” (1983) and Celine Dion’s “It’s All Coming Back to Me Now” (1996).

“I think ‘romantic”s the key word,” Steinman said in 1978, reflecting on his style. “Instead of being an album of just seven songs — I think of [Bat Out of Hell] as a fairly unified collection of seven visions or dreams … or even adventures. When you start playing the record, it’s [like] setting off on a voyage, on a series of adventures through this kingdom, this world. And it just so happens that almost all of the people in the world are teenagers. That’s just because I think that’s the best kind of world. If you have a world only of teenagers, at least musically for the course of one record, you’re bound to get a lot of excitement, a lot of romance, a lot of violence, a lot of chills and fever, a lot of sex. And those are all very good things.

Throughout his five-decade career, Jim Steinman consistently defied the trend, permeating global pop culture with songs, music videos and phrases that have become part of the global zeitgeist. Steinman once described his songs as, “On the tightrope of being thrilling and silly.” In actuality, Steinman’s perfect equilibrium between emotional impact and comic relief made him unique.

Jim Steinman wrote some of the most recognizable songs in music history and is one of its top-selling writers and producers. He’s credited with sales in excess of 190,000 million units. He was inducted into the Songwriters Hall Of Fame in 2012 and the Long Island Music Hall Of Fame in 2016. Steinman was also proud to have received an honorary Doctorate of Humane Letters degree from his alma mater, Amherst University, in 2013.

Sixteen years later, Steinman reunited with Meat Loaf for 1993’s Bat Out Of Hell II: Back Into Hell. The album topped the charts in 38 countries and spawned the Grammy-winning, global mega-hit “I’d Do Anything For Love (But I Won’t Do That).” Three accompanying videos for the album were storyboarded by Steinman and directed by then-newcomer Michael Bay. Back Into Hell has sold more than 26 million copies.
Jim is also the only individual to have written and produced songs that were #1 and #2 simultaneously on Billboard’s Hot 100. For four weeks in 1983, “Total Eclipse Of The Heart” held the #1 spot, keeping Air Supply’s “Making Love Out Of Nothing At All” from peak position.

“Total Eclipse Of The Heart” earned Bonnie Tyler a Grammy nomination and propelled her to international stardom. With this song, she became the first female artist to break in at #1 on the UK charts. The video for “Total Eclipse Of The Heart” is as culturally significant as the song itself. Conceived by Steinman, the video was directed by Russell Mulcahy and received two Billboard Video Music Award nominations. It’s one of the most loved, most covered, most karaoke’d songs in the world and was even requested by Pope Francis at a Vatican concert.

Similarly, it was a Jim Steinman song that firmly established Celine Dion as a global superstar. Jim won a Grammy as a producer and received the BMI Song Of The Year award in 1996 for Celine Dion’s “It’s All Coming Back To Me Now.” It was the first track on Celine Dion’s important fourth album, Falling Into You. Diane Warren, David Foster, Phil Spector and other highly sought after producers worked on the project. Jim took over production duties on “Call The Man” and “River Deep Mountain High” after things went badly with Spector and Dion’s team. Spector called Steinman “a bad clone,” to which Steinman famously remarked, “To be insulted by Phil Spector is a big honor. If he spits on me, I consider myself purified.” The songs Jim Steinman wrote and produced for Celine Dion have become essentials in her live shows. Her prestigious Vegas residencies often opened with “It’s All Coming Back To Me Now.” The Sunday Times reported that upon hearing that song, Andrew Lloyd Webber remarked, “It’s the greatest love song ever written. This will be the record of the millennium!”

Initially sought as lyricist on Phantom Of The Opera, Steinman and Lloyd Webber eventually collaborated on Whistle Down The Wind, a musical based on the classic film. It played at London’s Aldwych Theatre for two and a half years and has toured extensively in the following decades, including a 2020 Tokyo premier. Together Steinman and Lloyd Webber wrote the biggest hit single ever originating from a musical, “No Matter What,” by Boyzone. The song was #1 in 18 countries and sold 5 million copies. It was the best selling single of 1998.

Jim also wrote the score for Tanz der Vampire, directed by Roman Polanski. The musical was based on Polanski’s The Fearless Vampire Killers. The musical opened in Vienna, Austria, in 1998 and has become a cult classic. It won 6 IMAGE Awards (the European equivalent of the Tony), including Best Musical and Best Score. It’s been seen by 10 million patrons, has been performed in 15 countries in 13 languages. Tanz der Vampire is now in its 23rd year.

Most recently, Jim Steinman refocused attention on his lifelong dream of creating a musical based on Bat Out Of Hell. Directed by Jay Scheib, Bat Out Of Hell The Musical opened in Manchester, England, in 2017 to rave reviews. Praised for its innovative staging, lavish set design, and ingenious use of video projection, the show has gone on to play in London, Toronto, Oberhausen and New York. It won the prestigious London Evening Standard Theatre Award for Best Musical. Jim was incredibly grateful to be able to see his vision so faithfully realized during his lifetime. 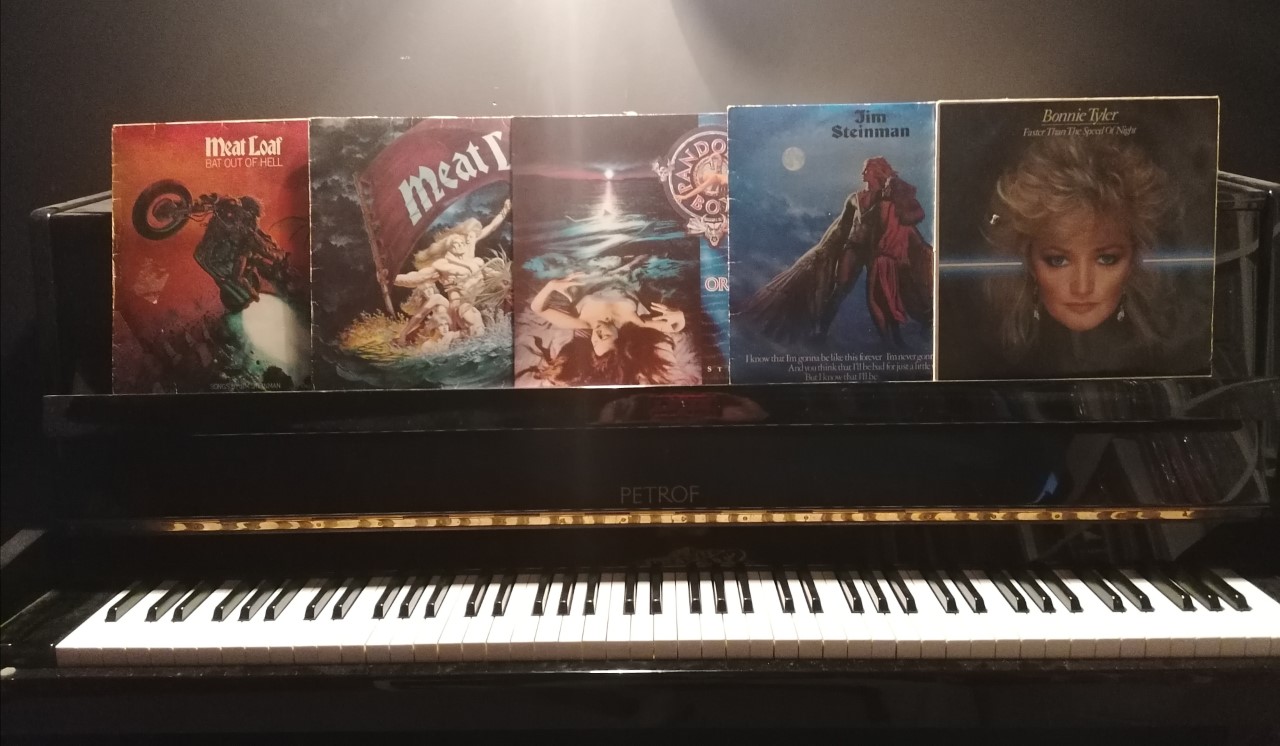